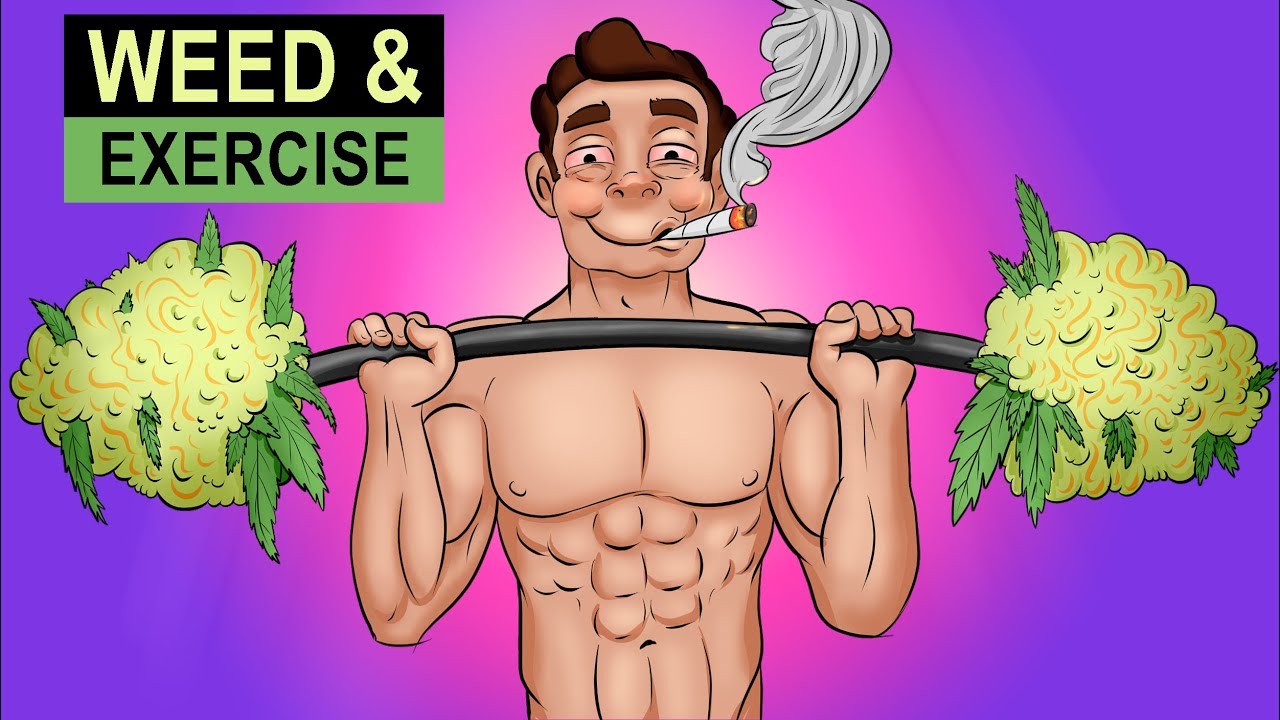 As marijuana legalization efforts grow and with many states already allowing recreational marijuana use, more and more people wonder how weed can affect their weight, body fat percentage, muscle mass, and the overall results that they see from exercise. So today I want to give you guys a non-bias science-based review of marijuana and how exactly it can help or hurt your muscle building and fat loss goals. First of all of its important to understand that marijuana was originally made illegal not because of any proven harmful effects but instead it was done to suppress certain minority groups and to snuff out competition between the wood industry and the hemp industry, and in case you don’t know hemp is the plant that grows marijuana. Back in the early to mid-1900s, it was clear that hemp could be used to make all the things that lumbar could be used for except industrial hemp was lighter, stronger, and less expensive than wood. So since it posed a serious threat, a smear campaign was created against marijuana and eventually lead to it being criminalized. Since then it’s gone from being extremely demonized to actually having applicable medical uses today. for example, it’s now commonly used to treat cancer patients to help them relieve nausea and pain and to counteract a lack of appetite. (1) there are also studies that show that marijuana can slow the growth of tumors like pancreatic cancer cells for example (2). When taking a closer look we find that Marijuana contains a chemical known as THC which is responsible for most of the physiological effects that produce the high, as well as the increased appetite that causes the so-called Munchies or excessive snacking. Another major cannabinoid is known as CBD which has been found to have medicinal value for controlling epilepsy and other neurological disorders, and there’s evidence to suggest that it could even be effective at reducing inflammation. But even though marijuana clearly has some medical benefits many doctors and researchers still consider marijuana to potentially be harmful to your health. For example, researchers found that smoking 3 to 4 cannabis cigarettes per day could lead to similar risks with respiratory issues as what is seen in people regularly smoking over 20 tobacco cigarettes per day. Of course, there are many studies that don’t support this view on marijuana being as bad as tobacco, some studies have shown that marijuana could even improve how strong the lungs are and lung capacity as well. (30) So this is a highly debated issue that we won’t have answers until scientists are more able to freely conduct experiments and research on marijuana. With all that said that doesn’t change the fact that some athletes do indeed use it and many believe it provides performance-enhancing effects. For example, one study on french student-athletes found that 17.8 percent of the females and almost 40 percent of the males had used cannabis more than 10 times over the course of 30 days. (5) this may have to do with the fact that many athletes often claim that marijuana helps them focus and concentrate better. Some athletes also believe that it has a relaxing effect that can help reduce stress and possibly assist with recovery. It may help with recovery because marijuana is a vasodilator which means that it can widen your arteries and improve blood flow which can help reduce soreness. There’s also a common belief shared by runners that smoking marijuana before their run helps enhance the runners high, which is a feeling of euphoria that is experienced after a couple minutes of running and for a long time it’s always been associated with a release of endorphins. However research now shows that endorphins may not be able to reach the brain, so it may be more likely that endocannabinoids are the mechanism that leads to those runners high and that may be why marijuana amplifies the effect. There are also other claims about marijuana where athletes say that it helps them get in the zone, and due to its pain-reducing effects, some athletes believe that it helps them push through the burning sensation felt throughout the body during a workout. However, science doesn’t fully agree that the physiological effects that lead to improved focus concentration and relaxation…