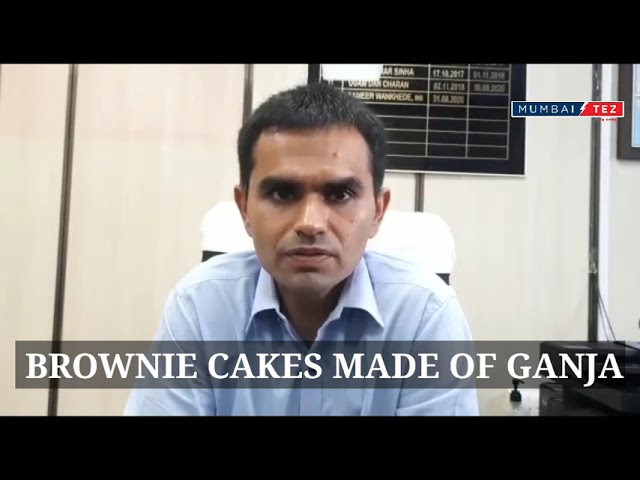 Baking
Share on Facebook
Share on Twitter
Share on Pinterest
Share on LinkedIn
Case details:
NCB Mumbai seized total 10 Nos Brownie cakes weighing 830 grams Edible Weed Pot Brownie @ Edible Cannabis and 35 gram of Marijuana at Orlem, Malad (E), Mumbai on 12.06.2021 and intercepted one lady ane other one person namely Elston @ Fernandes. Further, on follow up action NCB Mumbai intercepted main supplier in the case namely Jagat chaurasia at Bandra alongwith 125 gram of Marijuana in the late night of 12.06.2021.
*NCB, Mumbai explored a new trend among young generation of consuming substance through Brownie Weed Pot cakes which is been mixed and baked accordingly. This is first case in India in which the Edible Weed is used for baking Cake.* NCB, Mumbai cracked the nexus of baking brownie cakes.
NCB Mumbai registered the case in Crime No 57/2021. Interrogation of the case is going on.

A cannabis edible or Edible Weed Pot Brownie is a food product (either homemade or produced commercially) that contains cannabis extract as an active ingredient. Edible Weed Pots are a way to consume cannabis. Cannabis edibles may affect people for a longer period of time than smoked cannabis. The important base to all food edibles is that it has fat that has been infused with THC. In other words, any food that contains butter, oil, milk, or any fatty substance can be turned into an edible. Examples of cannabis-infused foods include baked goods, candy, potato chips, and more. One may not be able to distinguish between regular baked goods and those containing cannabinoids which tend to have a slightly green tinge and often emit a faint cannabis smell.