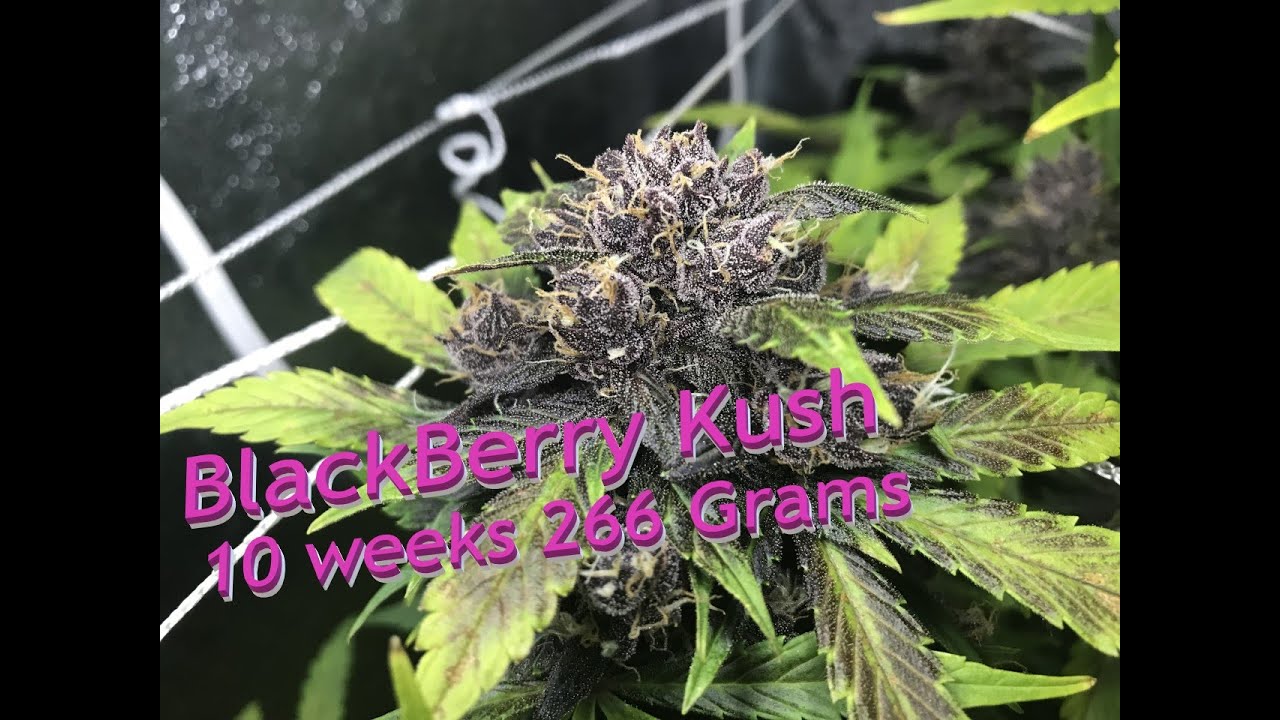 [This video is reposted in accordance with YouTube guidelines.]

SEE/SMELL/SMOKE | 9.5/10
Visually, Blackberry Autoflower has been my absolute favorite strain to grow and show off due to its unparalleled aesthetics. Its black color starts in the calyxes as a bloodred. It continues to get darker and turns purple before ultimately gaining its black appearance due to high levels of Anthocyanin in the genetics. With extremely sticky buds this plant puts off an aroma that is hard to hide once released. It smells extremely sweet and continues to grow sweater the longer its cured for, just like the taste. Despite its sticky appearance and strong aromas the smoke from this strain is noticeably smooth and very good for those with weaker lungs or those who smoke more often.

HIGH | 8/10
This strain has impact almost immediately when inhaled and doesn’t stop setting in for a while. Even though its an indica dominant these genetics hold true to being a hybrid as it gives you the relaxed body sensation, but also offers the noticeable mental stimulation needed to enjoy yourself. Getting up to 23% THC this strain is not messing around and the results are a very good allover high.
______________________________

BUDS/YIELD | 6.5/10
The final yield for this grow was 9.5 ounces (266 grams). This was below the expected amount, however given the fast growth schedule this strain has its not the end of the world. The bud structure of this grow could be better and seem crippled by the plants sensitivity to nutrients, which is unfortunate given the great overall plant structure mentioned below. The buds came out sticky and smelly however lacked a density that would have been welcomed. I imagine this is mainly due to my nutrient schedule and I look forward to re-doing these genetics with a better nutrient schedule to get the get thicker buds.

GROWTH | 8.5/10
The plants structuring was great in terms of space between nods and overall space covered by the stretch. It produced large colas making big buds while having enough space between them for airflow. With training I was able to put these plants under a very late Scrog an get good results without much detriment to the growth time. I was also able to defoliate leaves right before flowering without appearing to slow them down much at all.

ROOTS | 8/10
The roots on these plants were insane in growth speed. By week 5 there was already massive root balls already formed at the base of their 5 gallon reservoirs. Health wise the roots were as expected and didn’t give to much an issue while maintaining a solid white color throughout. Great White Mycorrhizae wasn’t added until very late into the growth and I would love to see the results had it been added to the equation sooner.