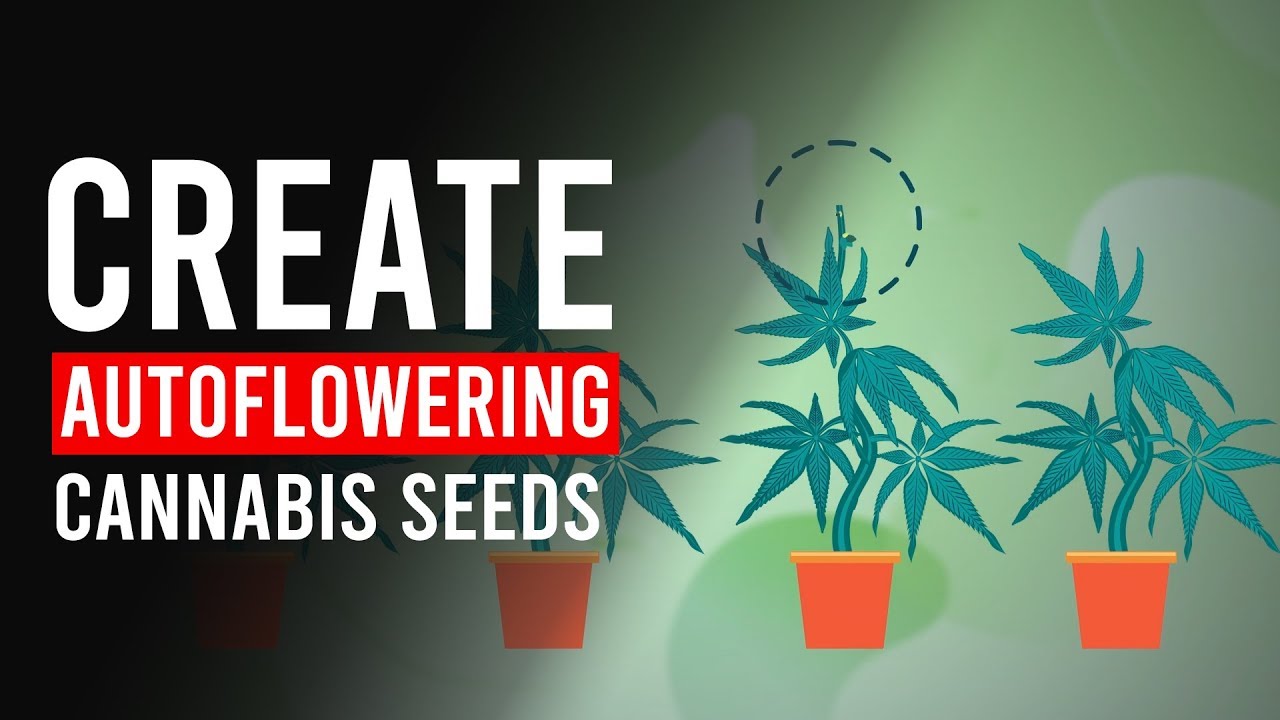 It is not as difficult as you might think….

You simply cross-breed a female non-autoflowering cannabis plant from an indica or sativa strain with a male plant from the Cannabis ruderalis strain, an autoflowering variety.

First, the female and male plants are selected for cross breeding.

Once the male plant begins to develop pollen sacs, its kept isolated from the female and other plants.

When the pollen sacs open on the male plant, a small, plastic ziplock bag is placed over the sacs and shaken until the pollen is in the bag. This is repeated with all pollen sacs before the bag is sealed.

Two weeks after the female plant develops white pistils, it will be ready for pollinating.

Place the ziplock pollen bag over the female pistils’ stem and shake, gently sealing the bag around the stem and pistils.

The bag is then Shaken again two hours later, rotating it around the stem, before removing the bag.
Seeds will burst from the plant a few weeks after they begin to form, and voila!

You now have the seeds for an auto flowering strain of cannabis plant.